Northern Rail UK
Connecting The North Of England And Beyond

Northern Rail is operated by Northern Trains Limited and provides a comprehensive network of rail transport options across the North of England, with connections that allow for travel to all parts of the country. 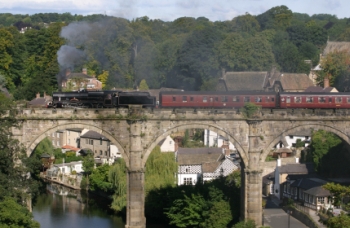 As one of the few network operators not serving London Northern Rail is somewhat unique.

The number of routes covered by the Northern Rail is  comprehensive, and covers all areas of the North of England, stretching from Nottingham and Derby in the Midlands to Newcastle and a few stations beyond in the North, and West to East from Liverpool to Hull there are few towns with stations not covered by Northern Rail.

Northern Rail covers many different counties and several different local Passenger Transport Executive areas and as such is committed to quality in customer service.

The index of stations reads like an atlas of this part of the country, so in depth is the coverage offered by the network.

It covers major cities and towns such as:

You can easily see the variety in the mix as well as many popular seaside resorts - both East and West coast - and inland attractions close by this is a network that is perennially popular and the online journey planner is a major bonus.

With Manchester as its hub the Greater Manchester section of the network is one of the busiest.

The many lines stem from both main Manchester stations - Piccadilly and Victoria - and reach out to important towns such as Wigan, Stockport- with its historic railway viaduct that will delight the enthusiasts - and the villages and towns of the Peak District to the east such as Glossop and New Mills.

In South Yorkshire the Northern Rail network circulates outwards from Sheffield, serving the likes of Barnsley and Doncaster and beyond the boundaries - to Nottingham in the Midlands and Scunthorpe in the East.

Both areas cover some very attractive towns and cities that offer plenty of attractions, and are used by tourists and commuters alike.

Merseyside and the West Coast

With Liverpool as the central point the Merseyside section of the network links directly with the Manchester routes and also offers journeys to Chester to the South, the seaside town of Southport - famous for the second longest pier in the country - and further north to the likes of Blackpool, perhaps the most famous holiday destination in the UK, and the coastal towns of Cumbria.

Passengers can travel as far north as Carlisle and take a connecting journey across the east coast.

West Yorkshire and the North

A much overlooked part of the country, West Yorkshire is often thought of as an industrial region and while this has been so in the past there is much to see in the old mill towns that the Northern Rail network serves.

Towns such as Halifax and Wakefield still offers view of what it was like in the cotton mill towns and there is plenty in the way of impressive architecture to take in, while the surrounding countryside consists of the beautiful and often mysterious Yorkshire Moors, a must for visitors to the region.

On the East Coast the network serves Hull and Scarborough as well as a series of attractive and popular seaside resorts, while to the north the beautiful cities of Durham and Newcastle, plus the splendour of Northumberland and its unspoilt coastline, are all served by Northern Rail.

Get Cheap Tickets On The Northern Rail Line

As with most major network providers Northern Rail offers discounted tickets for early bookings plus special rates for off peak journeys.

There are attractions in the area that work with the network to offer family packages, while students and the elderly also get reduced fares.

Look also for special offers from time to time, and make use of the online journey planner at the website - www.northernrail.org - as well as the simple and convenient online booking service.